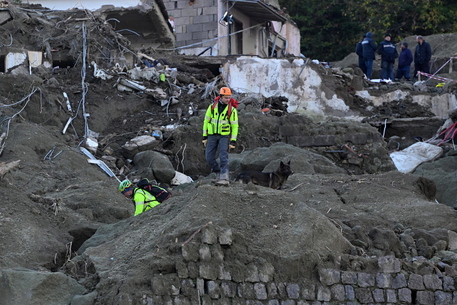 (ANSA) - ROME, NOV 29 - Naples prosecutors have reportedly opened a criminal probe into the failure to take action in relation to an alarm sounded by the former mayor of Casamicciola, the town on the island of Ischia hit by a deadly landslide on Saturday, four days before the disaster struck.
Former mayor Giuseppe Conte, an engineer by profession, sent a registered PEC email to authorities including the prefect of Naples, the Campania civil protection department and Naples Mayor Gaetano, warning of the danger Casamicciola faced given the forecast of torrential rain and calling for evacuations.
Eight people, including a newborn baby and three other children, are confirmed to have died in the landslide and the search continues for four missing people.
"I raised the alarm," Conte told RAI television on Tuesday.
"It was necessary to warn these citizens, to tell them 'you have to get out of here because it is dangerous'," he said. (ANSA).