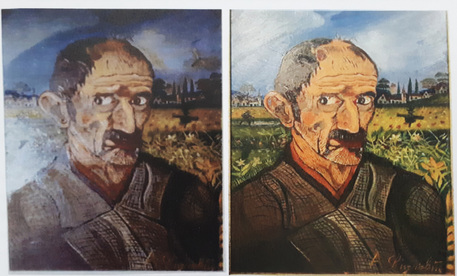 (ANSA) - ROME, MAY 27 - An Italian exhibition curator and a gallery owner have been placed under investigation for allegedly fencing a portrait by 20th century Naive master Antonio Ligabue which was stolen from a villa near Reggio Emilia in 1991.
Italy's art cops sprang into action after the picture was reported as being on show at the Forte del Bard museum in Aosta.
The police have placed the show's curator, 75-year-old Sandro Parmiggiani, and 67-year-old gallery owner Patrizia Lodi, under investigation for allegedly trafficking and fencing the painting whose owner, an 80-year-old woman from Boretto, has never stopped looking for it.
The painting, Self-Portrait with Scarecrow, has been valued at 250,000-300,000 euros.
The work has been painted over since it was stolen in a bid to disguise its authorship, police said. (ANSA).