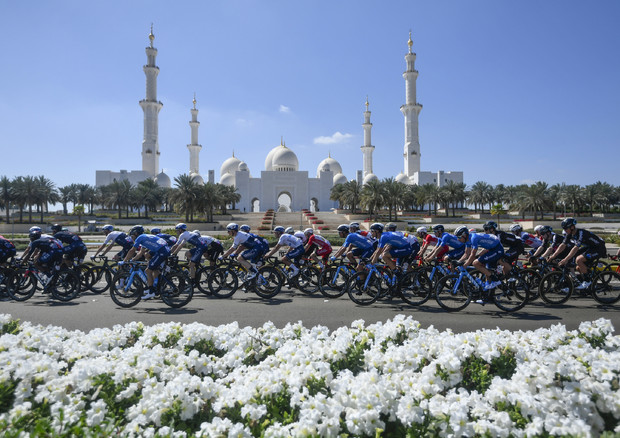 (ANSAmed) - NAPLES, 21 GEN - The fourth edition of the UAE Tour cycling stage race is set to start on 20 February, and this year includes two uphill finishes, four stages that end in sprints and a time trial in the city of Ajman.
Slovenian cyclist Tadej Pogacar was the victor in last year's UAE Tour, and also won the 2021 Tour de France, competing with the UAE Emirates team jersey.
The UAE Tour will kick off the 2022 calendar for UCI (Union Cycliste Internationale), which is waiting for the end of winter in Europe but in the meantime will give cyclists a chance to warm up their muscles on the Arab Peninsula.
This year, the world is focused on the UAE as it is also hosting Expo Dubai, where stage six of the UAE Tour will begin.
This year's race starts in Madinat Zayed and extends for 185 km in the desert before coming back to a sprint in the same city.
The sixth stage, that of the Expo, will be 100 km and bring the cyclists back to the Expo venue for the final sprint.
Cyclists will be competing for the red winner's jersey of the UAE Tour, which is becoming increasingly famous on the international circuit.
"We welcome the cyclists, and the start of the UCI season," said Aref Al Awani, general secretary of the Abu Dhabi Sports Council.
"The UAE Tour has become famous worldwide, and it also improves the sports world in our country, which hosts the only world-class cycling race in the Middle East," he said.
(ANSAmed).