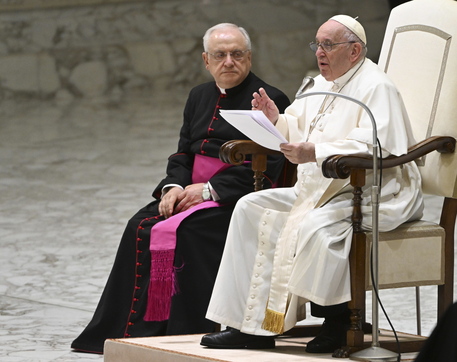 (ANSA) - ROME, NOV 29 - Russia on Tuesday protested against Pope Francis condemning what he called the "cruelty" of Chechen and Siberian Buryat soldiers in Ukraine.
The Russian ambassador at the Holy See, Alexander Avdeev, told the Ria Novosti news agency that he had expressed to the Vatican Moscow's "indignation" about the term used by the pope in an interview with US Jesuit magazine America in which Francis denounced the cruelty of Russian troops in Ukraine with particular reference to Chechen and Siberian Buryat forces.
"I expressed indignation for these insinuations and I stressed that nothing can shake the cohesion and unity of the Russian multinational people," said Avdeev.
There have been widespread reports of torture and atrocities perpetrated by Russian troops after the invasion of Ukraine on February 24, and especially by ethnic Chechen and Buryat forces.
On Monday Moscow called the pope's words on the Chechens a "perversion of the truth". (ANSA).