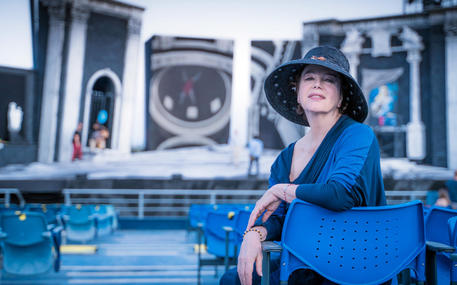 (ANSA) - FLORENCE, JUL 21 - Stefania Sandrelli says her debut as opera director, a production of Tosca at this year's Piccini Opera Festival, presents the heroine as a symbol of the fight against gender violence.
The 75-year-old screen legend's first opera production debuts in Viareggio, her hometown, on Friday in kicking off the 67th edition of the Puccini Festival at Torre del Lago near Lucca.
"Violence against women is no longer tolerable," said Sandrelli, who won a lifetime achievement award from the Venice Film Festival in 2005.
"Toscar is a brave, strong woman, who feels disquiet for the things that she feels aren't right, she is an absolutely contemporary character".
The actress, whose films include Seduced and Abandoned (1963), The Conformist (1970) , 1900 (1976) and The Key (1983), said she was thrilled to make her directorial debut.
"It is an overwhelming emotion for me. My grandad used to sing to me all Puccini's arias and this debut touches me very much, it is a dream". (ANSA).