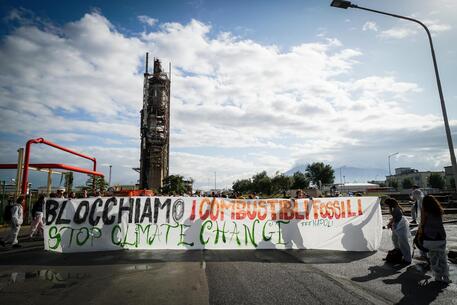 (ANSA) - ROME, MAY 16 - Italy has already used up its resources for this year if the nation were living within its environmental means after hitting its overshoot day on Sunday, the Global Footprint Network research organization has said.
This means that Italian residents have, per person, used as much from nature as the planet renews per person in the entire year.
If everyone in the world lived like people do in Italy, humanity would need approximately 2.7 earths.
Put another way, Italy needs 5.3 'Italies' to meet its residents' demands in the long term.
"We are worried about the data and even more worried by the political incoherence with which they are being handled," Barbara Zampa of the Italian section of Parents for Future (PFF), a movement that seeks to support the Fridays for Future network of young activists, told ANSA.
"We are seeing foolish decisions being made that are disconnected from scientific data, incoherent with respect to the possible solutions and profoundly unjust with regards to the peoples who are already in the greatest difficulty because of the climate emergency and with regards to future generations.
"Mothers and fathers usually want to leave behind something for their children. Here we are depriving them of a present and a future.
"Unfortunately, when faced with calculations and numbers, it does not matter whether you are talking about overshoot day, the climate clock, net zero or the 1.5 C° threshold.
"What makes the difference is the seriousness with which these figures are taken in and the seriousness with which reparative and preventative measures are put into practise".
The Global Footprint Network calculates the ecological footprint of individual countries all over the world.
The overshoot day for the planet as a whole was July 29 in 2021.
Running an ecological deficit like this means that we are not only consuming the annual "interest" on our natural capital, but also depleting it by taking resources from the future to pay for the present.
The effects of this global ecological overshoot can already be seen in the form of deforestation, soil erosion, loss of biodiversity and the accumulation of carbon dioxide in the atmosphere.
Zampa said a "paradigm shift" is needed to take humankind towards an economic and social model that respects the planet's limits.
She said PFF Italia's campaigning includes efforts to save the EU Taxonomy of Sustainable Investments from "greenwashing" .
The European Commission has proposed classifying new gas cogeneration plants as green until the end of 2025 if they replace coal plants, even though methane's impact on climate change is up to 84 times greater than CO2 in a 20-year timeframe.
Environmentalists and scientists have blasted this as absurd.
"Unfortunately, we have seen that the war has slowed, if not stopped, the tepid initiatives of our governments," added Zampa, a Genoa-based development therapist and the mother of Alice Maia, 19, and Gabriele, 18.
"Those tasked with taking the ecological transition forward seem only to be working on the energy-security front and we are seeing fossil fuels returning in a big way.
"It should not be forgotten that we are two months ahead of the earth overshoot day for the whole world, which is an average that takes in, on one extreme, the happy few that consume huge amounts of resources, and the other extreme of the population that do not even reach a minimum level of subsistence.
"This clearly shows the model's systemic injustice.
"We are living beyond our means and we are doing so at the expense of the Global South and, at the end of the day, at the expense of human survival". (ANSA).