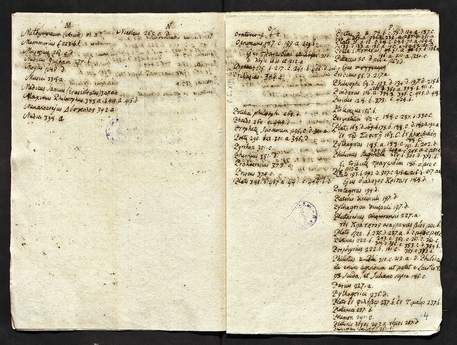 (ANSA) - ROME, MAY 3 - A previously unknown piece of juvenilia by great 19th century Italian poet Giacomo Leopardi has been found in Naples and published for the first time.
The eight-page exercise book on which a 16-year-old Leopardi wroted his observations on poetry, philosophy, politics and society also contains a list of 160 favourite authors both ancient and modern.
The authors are cross-references by over 550 numerical codes by the precocious youth, whose learning at a young age was prodigious.
The text was found in the Fondo Leopardiano in the National Library in Naples by Marcello Andria and Paola Zito, who have edited a version for publication by Le Monnier Università.
"We have a text by Leopardi just turned 16, an assiduous frequenter of his father's library, who has compiled a thorough and wide-ranging analysis of the opera omnia of the emperor Julian," the editors said.
Leopardi (1798-1837) is considered Italy's greatest poet after Dante and also one of its greatest philosophers, whose canonical works are studied in every Italian school. (ANSA).